Had some time after a work commitment in Albany so we decided to take the afternoon at SFNE. It was projected to be 100 degrees so I was worried about getting dehydrated and overheated while standing in lines, but my fears were unfounded. Apprently unlike Texas where I spent 11 years until a semi-recent move, triple digit heat scares the bejeebers out of New Englanders. Apparently the water park was mobbed, but the ride side was all walk-ons. Like Wicked Cyclone and S:RoS (or whatever they’re calling it these days) were sending half empty trains.

I won’t regale y’all with all the details but here are the highlights:

Wicked Cyclone (398) - This ride is for real. Great air all over the place and I wasn’t even that nauseated by the inversions. Even the weird reverse stall thing was pretty cool (whereas on SFDK’s Joker it felt sort of awkward). Easily 5 stars. Probably just outside my top 5 steel.

SFNE’s Pandemonium was next. It released into spin mode right at the top but we were too evenly balanced to get much of anything going. I seem to recall SFoT’s releases after the first switchbacks.

Joker was next (399) - It was super flippy and actually thrilling. I rode SFFT’s and got 1 flip and thought the ride was pretty meh. Now I understand why they’re cloning these things all over the place. It almost certainly didn’t hurt that the ride was a walk on.

Since Goliath was down (rode it as DV at SFMM) and since Gotham City Gauntlet was down, it didn’t look like I’d be hitting 400. Happily, we went and rode S:RoS 4x. This ride is still my favorite steel anywhere. With all the new RMC’s popping up and taking the top spots in polls, I forgot how much I liked the sustained feeling of speed. S:RoS in front has such a great combination of visuals, air, and speed and it just feels like a powerful ride. I love the insane ejector air on the RMC’s I’ve ridden but the sustained speed and huge hills of the Intamins is something missing from RMC’s.

Finally when we were about to leave Gotham City Gauntlet (400) opened up. It’s actually pretty strong for a mouse and was running with the top set of brakes wide open. There were some near painful laterals and actually decent pops of air. Quite fun for what it was and if we didn’t have to go and it wasn’t a jillion degrees I would have ridden again.

Overall, the park looked like it could have sucked a lot with apathetic operations and downtime, but given the extrememly low crowds, we had a fantastic day.

I am happy to hear you're stoked on S:RoS. It seems that a lot of enthusiasts are pushing back against it's status which I don't understand.

Nice TR. Neither do I understand why a lot of enthusiasts have gone cold on S:RoS. Wicked Cyclone has so much air that although I have a lot of love for NTG, I came to the conclusion that WC is a better coaster b/c of the air. Surprised that you got only one flip on Batman at SFFT. I got a bunch, but that may have been b/c of the weight distribution. Was sitting across from 2 riders with an empty seat beside me and their combined weight was causing me to flip over repeatedly. At least that's my impression of why the ride was as intense as it was. Goliath was operating on my last 2 visits and I hope that it will be for the next. That reminds me that I need to book a trip on Amtrak; went to SFNE twice last year and both times the journey was by train. The 5-hr. train ride from Philly is very relaxing.

I keep forgetting that the east coast has reasonably good train travel.

^ I live here and don't use it either. 5 hours is a lot better than the 6.5 to 7 hour drive from York PA to SFNE, and I can take a train from Harrisburg to Philadelphia. Nice suggestion Bobbie. I never thought about the train, but it would be better than being stuck in traffic.

Nice TR Andy. Wicked Cyclone was my first RMC and it blew me away. I agree about SROS/Bizarro. It's still my favorite, and it is a complete ride. I still have to add the coaster from my midwest trip last week to my track record. 400 coasters is a pretty impressive milestone. Congratulations!

Thanks! My numbers keep going up, so I mist be having more fun.

I have definitely slowed down over the past decade or so. I imagine a large part of it is kids (lots of Disney trips now) but perhaps an even greater part is that I’m running out of new parks with lots of credits. The only parks with 8+ coasters in North America I’ve never been to are Valleyfair, Lagoon, SFMexico City, and LaRonde. Although, to be honest, I also care about coasters in general about 25% less and care about credit whoring about 90% less.

My numbers keep going up, so I mist be having more fun. 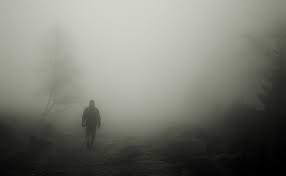 SRoS was a huge let down when I finally rode it 2 years ago. I found it pretty dull. Maybe it was due to me getting the 2 previous nights of hour long rerides on El Toro that lessened the impact of this ride. Wicked Cyclone saved that park for me.

I will be the first to admit that part of my love for that ride is nostalgia. It’s not quite as smooth as it once was and its extreme air isn’t quite as mind blowing given all the RMC’s but front row night rides will still remind me why I love this hobby every time.