At opening summerseason 2019 a new hotel will open at Europapark. This time not so close to the Park, or is it?

This hotel will be called "Krønasår" and will be themed liked a museum to honor the swedish discoveror , Ander Svensson. He found a skeleton of a " seamonster" in Iceland and it was put into a museum, in the foyer of the hotel a replica of that skeleton will be placed. Frontview of the hotel.. to anyone been in Amsterdam, doesn't that look familiar?

Since the hotel is build offside of the Theme Park, in the first years they will use small buses to bring guest to and from the hotel. And perhaps later build an expansion of the monorailsystem.

Why is it build way from the Theme Park then? Ah... because it connects to a Water Park ! To open end of 2019.

The waterpark will contain 8 themed areas, both indoor and outdoor pools and the indoorpart (much bigger then outdoorpart) will be open every day of the year.

Sofar little is known what will come in the Theme Park in 2018 ( besides the retrack/rebuild of Eurosat ) , but most likely some expansions are to expected, with the opening of Arthur it was said that 5 further rollercoasters are planned. In 2016 they got the kiddy-coaster.. so 4 more in the upcoming years?

Michael Mack posted a picture of the water slide contract and concept art on twitter a few days ago. The contract is with Proslide and the two concept art revealed some nice information: the top one is of a new Proslide prototype where two separate tube flumes will share the same flume in sections, similar to King Cobra (Polin) at SFGADV Hurricane Harbor. The bottom one is of a large flume family raft slide.

Several years ago, the Mack's hired Chip Cleary to spearhead the water park project from start to finish. He's been splitting his time between the USA and Germany for the past several years. Chip is a creative genius and was the mastermind behind Splish Splash on Long Island and many of their expansion attractions and concepts.

It's no surprise that ProSlide is supplying all of the attractions. It's no secret that Chip and Rick Hunter are very tight and since the early 1990's when Splish Splash was created, also a 100% ProSlide park, Chip is all about ProSlide.

Regardless, I've seen some concept renderings for this project and this water park is going to be incredible. Never been to Europa but it is on my bucket list.

Europa Park is already a 2/3 day park, this Waterpark will add to it, a win win situation. They already had 5.5 Million visitors last year, this will push it over 6 Million or more easily.

For 2020 (or further) there will be a big expansion of the park with a new big rollercoaster.

In the area in the rightbottom part, now it used for a special Halloweenevent called " Traumatica" starting the 20th of September 2017.

The new park area will becoming a new "country" , and they are thinking of Poland, Scottland or Rumania

Europa Park is doing really well, I do not think the Mack family ever thought it would become this big. It helps of course if a park is family owned and you can invest the profits back into the park vs paying out shareholders.

I am back from a few days in Europapark, the waterpark will be called " Rulantica" and the Traumaticapreview was very nice. From 2007 to 2016 the Halloween Horror Nights where done in tentlike structures, now the have build 5 more permanentlooking houses, 3 of them have a really good theme / atmosphere to them, 1 is medicore and 1 is only so-so, but with the other extras like VR in the Shooterride ( same as in 2016) and a very good ice-show I find the event to be worth the time and money.

For the record, it was one year ago today that I met our Pieter Peeters at Europapark. We accidentally met in the morning as single riders, sharing a bench on Wodan Timburcoaster, then decided to hang out for the day. Riding, eating, and drinking.
Best. Day. Ever. Here's to you, bud!

Thanks for those kind words.. yes I was very cool to be able to meet a fellow rollercoasterfan... 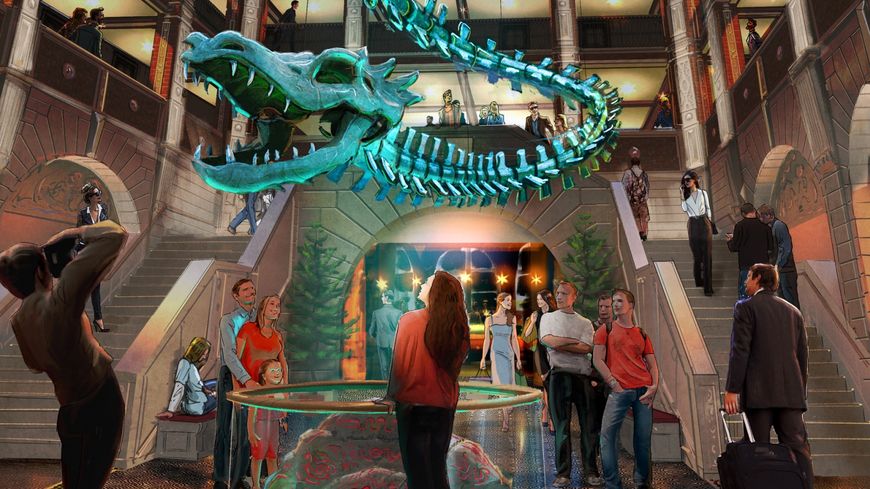 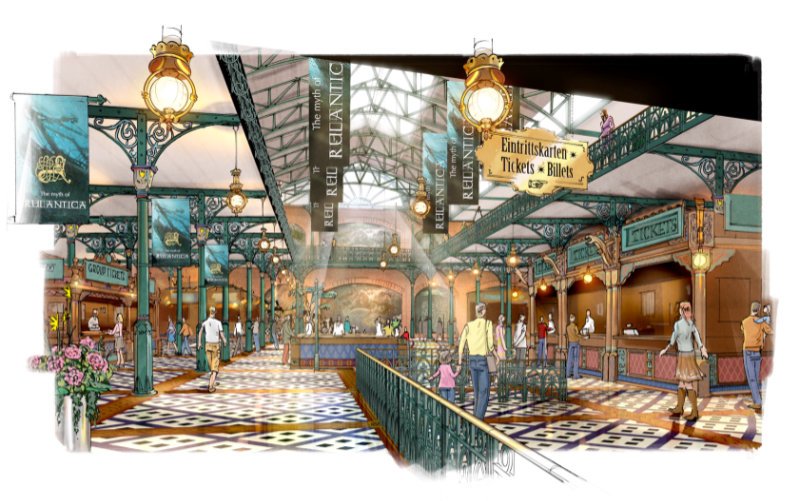 Restaurants between waterpark and Hotel. The waterpark will have 8 themed areas.

Waterpark to open end of 2019 and will be open every day of the year.

Some new artwork was released by the park.