Spend it all on Dragon Wagons.

Sorry, I can't come over.

I've been quoted 1.5 Million for this.

I've never heard of this company before. I'd anyone has please leave insight. They're located in China. Beston Amusement Equipment.

I'm waiting to hear back from CGI. 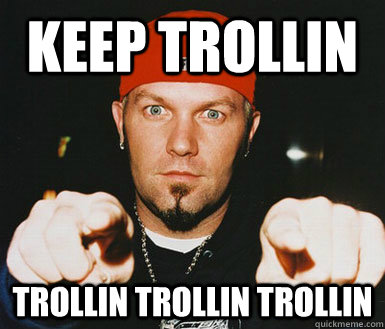 This guy is my hero.

"And also a rocket ship that Eminem has built. It doesn't go anywhere, but he's got dreams for it, okay?"

If your backyard could support a roller coaster, it'd already have one.

You could get that. Or, Maverick.

To be fair, I'm sure this guy will get his coaster before Michigan's Adventure gets one.

I find it humourous that I'm being called a troll. This has been a dream of mine for a very long time. I just started researching this no more than 2 days ago.

I've learned that it will be very much less than 25 million... Not even half of that.

This is something I want to do for my family and my children...

I would try to build it myself but I know nothing about carpentry and physics. I will keep posting updates

I'd you're looking for carpentry then I would stay away from that Chinese steel ride company.

Ok, No-Troll, come clean. Who are you? What are you made of?

And if my dad left me my 25 million in the form of a backyard roller coaster I'd kill myself. Not judging how you folks spend your money, just sayin'.

And where were you while the Big Dipper sat rotting away?

You might want to think twice about subjecting your children to one of those Chinese knock-off rides.

Come clean about what? Why the criticism about inheritances ? I know now that 25 million is a ridiculous amount to spend on a roller coaster.

I live in Bardstown Kentucky. I'm sure some of you have been to Kentucky Kingdom. The stats I would like the coaster to be are similar to that of Thunder Run. That coaster was no more than 2 million. I'll admit I do feel foolish about sharing my budget.

Spending $25 million on a coaster is not ridiculous.

Spending $25 million on a coaster for your back yard, which likely can run afoul of local and state laws, require regular maintenance by mechanics with experience in the field and state inspections before operating each year, based on research done via, apparently, Google and a coaster enthusiast website, on the other hand....

I don't see the problem if everything is up to and stays up to code.

It's not necessarily my backyard. However it would be on land that I own that is secluded to a degree.

With everyone's comments I'm learning so much about accomplishing something like this.

It can be done. Hopefully within a year I'll be posting a POV of a dream come true. I'm sure they're many other people who have done this same thing..

With everyone's comments I'm learnjng so much about accomplishing something like this.

Uh, there's yet to be anything that was even in the neighborhood of a serious reply.

Yea no kidding but you can still learn from excessive sarcasm. I'm sure that there's at least one person who has thought about purchasing a roller coaster.

Well, in order to actually operate these things, you'll need to hire a mechanic, get it inspected by the state every year, buy replacement parts, and, if you go with a wood coaster, a carpenter. Also, i would stay below 100 feet to avoid a lot of maintenance costs and roughness on a wood coaster.

When I was a kid I collected 2x4 scraps because I was gonna recreate Darien Lake's Predator in my backyard. There was an old van in our back yard we used as a clubhouse, that was gonna be the control station.